Kayson is a bright, outgoing child who enjoys singing. His smile lights up a room!  He was born in October 2008.

In an update received in September 2015, Kayson was described as being in good general condition, other than his eyesight.  At that time, even as a young child, he could walk alone with the use of a crutch, go up and down stairs, walk to school, dress and undress himself, zip, take off his shoes, wash his face and hands alone, hold a spoon to eat, and find items he needs.  He was described as having “strong self-management.”  He is also active and energetic!

As far as his cognitive abilities, the provided update stated that Kayson has a good memory and can remember things after being told only once.  He is very smart!  He can communicate well, understanding direction and cooperating to complete tasks.  He is able to express his needs.  He can hear people’s steps and recognize who a person is by listening to their step. He has a very keen sense of hearing and recognizes familiar sounds.  He easily communicates with those around him.  Kayson loves music and can follow a song along to sing the entire thing.  He loves singing, as well as acting.

Kayson enjoys playing with other children and chatting.  He is also not picky with the foods he enjoys.  This precious child needs a family to welcome him and love him so that he can have a place to call his own.  Could you be the one to provide him with a loving home?

Wendell is a smart, fun-loving child with a beautiful smile.  He was born in October 2008.

Wendell loves helping his caretaker in the orphanage.  He tries to come help her when he sees her doing certain tasks.  He is reported to be smart and skilled.  He can finish tasks well when the caretakers instruct him to do something.

Wendell is popular with the other children in the orphanage, and the caretakers are fond of him as well.  He is full of ideas and is a leader among his peers.  He is skilled at assembling toy planes and cars and other toys.  Wendell tries to be focused and flourishes under positive affirmation.

Wendell spent many years in a foster family before he was put in an institution again.  The staff at the orphanage show him the pictures and letters of his friends who have lived with him and have since been adopted internationally.  Wendell wants a mom and a dad of his own, too – could this be you?

Cam is a precious little boy who was born in September 2015.

He is described as a quiet-natured child who has a ready smile.  He loves to snuggle with his caretaker.

In an update from August 2016, it was reported that he could hold his head up while lying on his stomach, roll over, grasp toys near his hand, locate the direction/sound of voices, visually follow moving toys, and laugh aloud.  He could also wiggle his body to the rhythm of music he listens to (he loves music!) and play with his toys alone.

According to the update, now that he is under the care of a nanny, he becomes more and more lovely, and everyone loves him!

This precious little boy needs a family to call his own – could it be you?

Prepare to swoon over this adorable little guy…Keith.

We met Keith in April, and he had the sweetest, shy personality. He spent his time with us observing the room and playing with his toy. 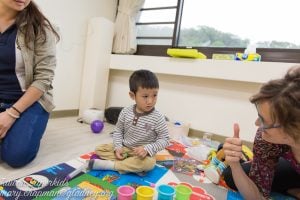 Keith was born in September 2014, and his file indicates that repaired cleft palate and some developmental delays. 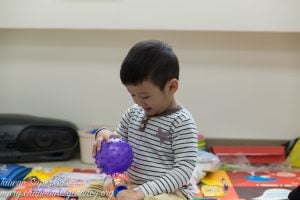 He attends pre-school five days a week, and he gets along with his peers easily. He is potty-trained and can dress himself. He is usually an active little boy in his familiar environments. 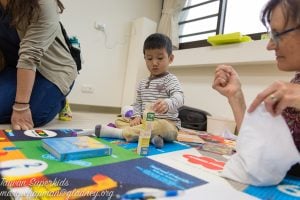 He loves playing with toys, especially toy cars and airplanes. 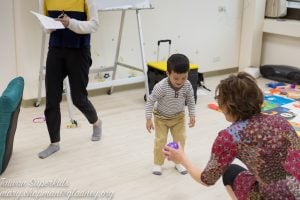 Could you see this sweet, shy boy being a part of your family? Please contact Amanda at Amanda@NewBeginningsAdoptions.org for more information on Keith!

Is Nashville the missing piece to your family? He was born in April 2013. Nashville is a bright, delightful little boy.  He met New Beginnings Team on November 2, 2016. 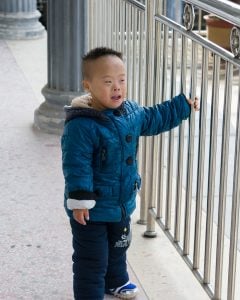 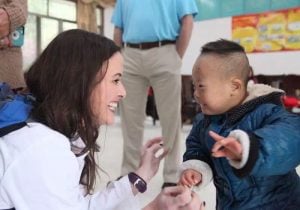 Nashville has Down’s syndrome.  However, Nashville’s greatest need is a forever family.  He needs someone that will love him unconditionally, support his medical needs, and give him the opportunity to live a happy, productive life.  Could you be the answer to this little bundle of joy’s dreams?  If you would like more information about Nashville, please contact Amanda@NewBeginningsAdoptions.org. 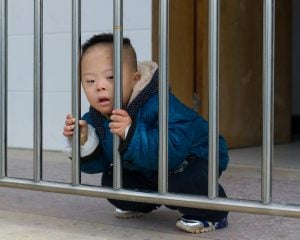 If you love all things silly and fun, then you will absolutely love Knox. Knox is a bold seven-year-old boy that loves playing and staying active. He was born in June 2009, and he met the New Beginnings Team on November 2, 2016. 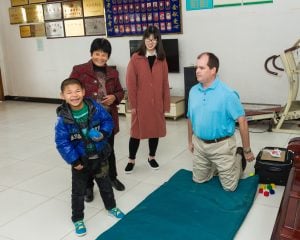 Knox has a very fun and energetic personality.  He loved throwing a ball back and forth with several people from the New Beginnings Team.  He is very active, and he loves to keep the play room alive by playing games with the other children.  Knox’s favorite time of the day is snack time.  He has a very hearty appetite, and he will eat just about anything.  Knox also loves books.  His eyes would dance with delight as the New Beginnings Team would read books to him with vivid stories.  He especially loved the pages with pictures on them, and he would always stare at the photos with wild imagination and amusement. 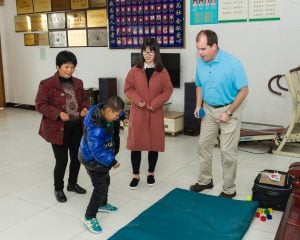 Knox has cerebral palsy and developmental delays, but he has never let this slow him down.  His condition has only made him grow stronger, and he continues to live every day in the most lively and mischievous way possible. Could this happy little boy be a perfect match for your family?  If you would like more information about Knox, please contact Amanda at Amanda@NewBeginningsAdoptions.org. 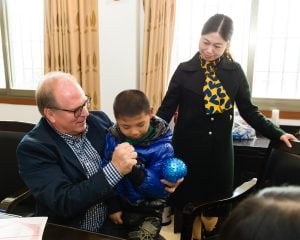 Meet 5 year old Marshall and his 4 year old sister Marnie! Our partner agency met these adorable siblings for the first time during our visit to Taiwan in April. 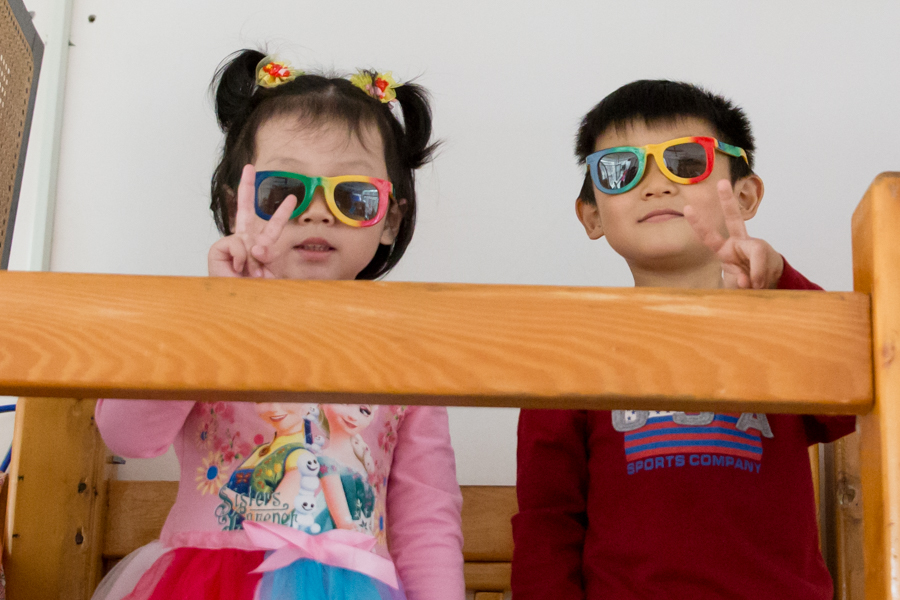 Marshall is an active little guy with lots of fun energy – he just wants to play! While we were meeting he had so much fun making a game of everything. He found a pillow shaped like a lion and gave us a big ROAR! He told us that his favorite color is red and that’s why he picked out his red shirt to wear. He also told us he loves pizza, but not rice. Marshall is attending kindergarten and showed us that he knows colors, shapes, and how to count to 12. 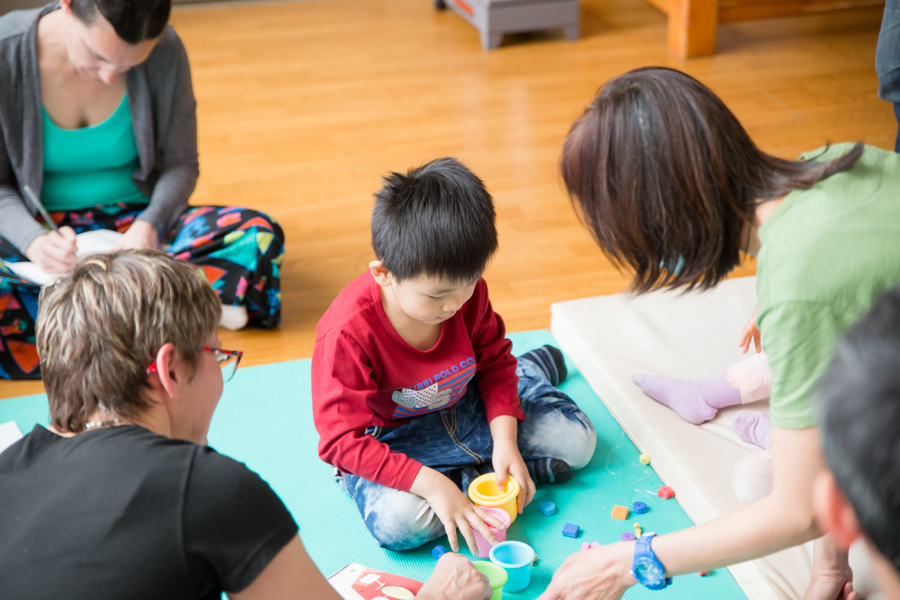 Marnie is lively and sweet, and she is sometimes shy around new people. She told us that she loves to play on the slide at the playground and to do puzzles at home. When asked what her favorite food was she smiled and said “candy” – what a typical 4 year old response! She just started attending kindergarten earlier this year and really likes going. Her foster mom told us that the teachers report she is a good listener and always follows the rules. 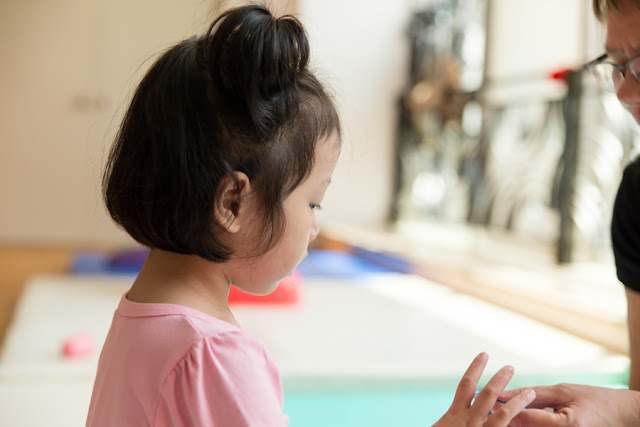 Marshall is suspected to have ADHD and some delays. Both children are living in foster families, however not the same family. We are still waiting to receive the children’s full profiles, but we have more information and photos that can be shared. Please contact Amanda Ashcraft at Amanda@NewBeginningsAdoptions.org for more info!

Heath is a sweet boy who was born in October 2007.  He met the Promise Kids team in November 2016.  He was a sweet and shy boy who lives in foster care.  There are older adult children in the foster home but also young playmates.  Heath attends rehabilitation for Cerebral Palsy.  He has improved greatly from Rehab.  Heath can walk independently and jumps with both feet.  He has a little difficulty with unistance balance.  He is a sweet and gentle boy. 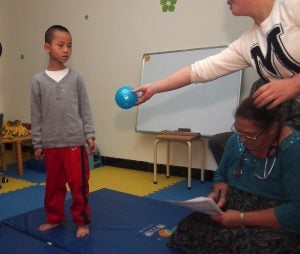 Heath attends regular school and we were told he is good in Math.  He reads and writes some mandarin.  He could copy shapes.  He has his own room in the foster home.  He enjoys watching TV and his favorite activity is watching cartoons.  We were told he does like to play with other children and is able to play and share well. 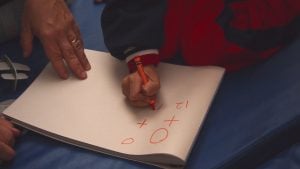 Heath has made a lot of progress with his rehabilitation.  He is waiting for a family to choose him as their precious son.  He is so sweet – could he be part of your family?  For more information about Heath or any of our other Promise Kids, please contact Amanda at Amanda@NewBeginningsAdoptions.org.

Josiah is a sweet boy who enjoys brightly colored objects and watching TV.  He has been in foster care since he came into care.  He was born in March 2012 and met the Promise Kids Team in November 2016. He wore an adorable balloon jacket when we met him and he really liked our purple bumpy ball.

Josiah has Cerebral Palsy.  He does not speak, but showed pleasure when he saw the toys.  He smiled and laughed.  He could hold an object and transfer it hand to hand.  He can sit with support when placed.  The caregivers reported that he can slide forward on his belly when placed but he did not do this for the team. 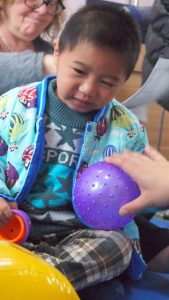 Josiah is an adorable boy who could benefit from rehabilitation to do more.  It would make such a difference for him to have a forever family.  Could he be your son?  For more information on Josiah or any of our Promise kids please contact Amanda at Amanda@NewBeginningsAdoptions.org. 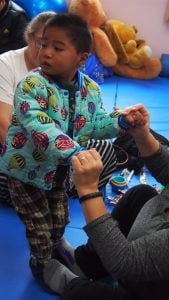 Hansen is a sweet boy the Promise Kids Team met in November 2016.  He was born in April 2004.  Hansen can speak very clearly and enjoys singing and painting.  Hansen colored neatly and wrote his name with a marker.   He acts as an older brother to other children and has been in foster care.   He enjoyed the team’s play activities and had fun with everyone.  His happy smile touched everyone’s hearts and made the team smile too!

Hansen is diagnosed with Cerebral Palsy.  He had scars that indicate surgery to increase muscle tone and muscle releases.  He can sit independently on the floor in a modified cross legged posture.  He can wash his face and eat independently.  Hansen uses a wheelchair for mobility.  He requires assistance for dressing and toileting. He has received rehabilitation and has improved greatly in his ability to move. 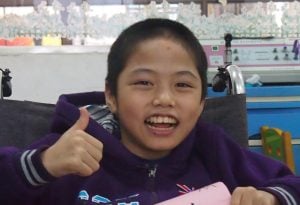 This boy is approaching 13.  His time to find his forever family is getting shorter.  There is a statement in his file indicating he hopes there is a family for him.  This is a boy who is full of happiness and fun.  He is just waiting for his family.  Could he be your son?  For more information about Hansen, Please contact Amanda at Amanda@NewBeginningsAdoptions.org. 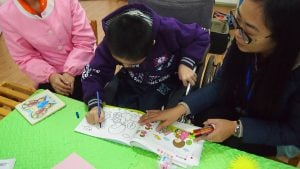